skip to main | skip to sidebar

Every Christmas Kate and I take the Cocoa girls out on a special trip, to say a big thank you for working so hard. As some of the girls are under 18 we don't go on a boozy night out (like most staff do's) instead we close the shop and go on a trip. Last year we went to York and ate at Betty's for a treat. This year Kate and I told the girls to meet us at the station but we didn't say where we were going. 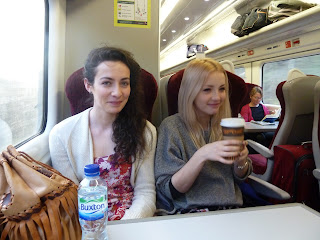 Here is Evie and Sophie trying to work out where we are heading. 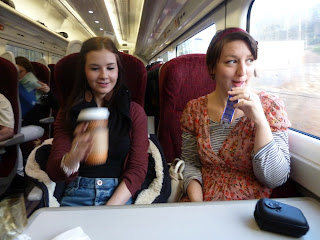 Emily putting the clues together and me (Anne) trying to keep in it. 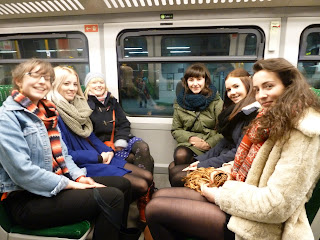 Big Clue we get off at Birmingham and get on another train, this is Alice, Sophie, Kate, Sara, Emily and Evie 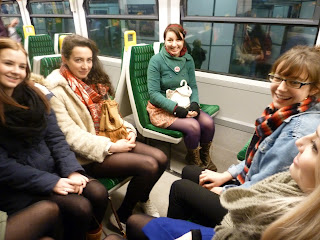 I'm in the middle and I am clearly excited about the day to come.... 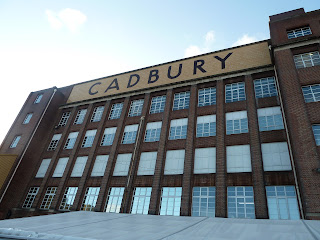 Here we are in Bournville, which means we must be going to....Cadbury's World!!!
Now many people think this might sound silly as we don't eat a lot of Cadbury's ourselves but this is where the beginning of British Chocolate began and so there is a whole lot of chocolate history here.

Here is Kate and Sophie learning about the origins of chocolate (while eating some!)

Here we are on a small train going round a world made of Cocoa beans, this was a bit silly to say the least but a nice sit down.

This was a bit psychedelic! 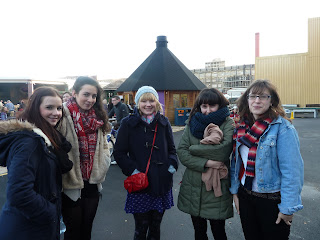 Here is Emily, Evie, Kate, Sara and Alice after a shot of melted chocolate. We then went to see a panto of Cinderella. 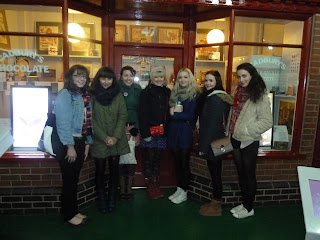 Our first group shot of the whole gang standing outside an old fashioned sweet shop, so we have Alice, Sara, Me (Anne), Kate, Sophie, Emily and Evie. 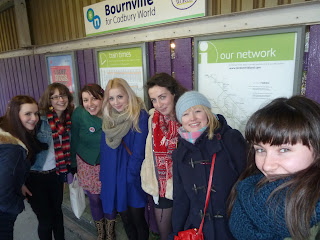 Goodbye Bournville! This was our attempt of a photo with all of us and the train sign of Bournville (without just asking for help) Mission accomplished. Where should we go next year??

cocoawonderland.co.uk
I am a delicious chocolate boutique in Sheffield, UK. I am owned and loved by best friends Anne and Kate. 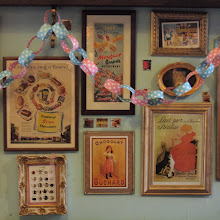 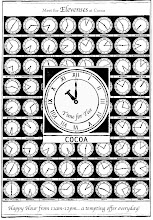 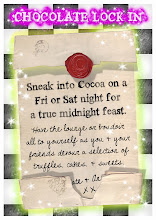 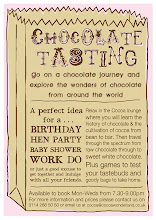 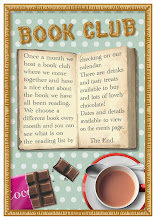 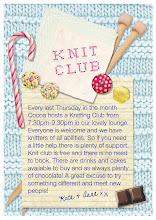 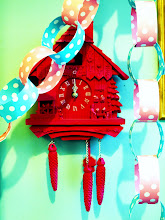 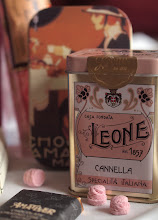 mouse that got away